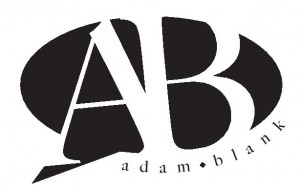 Adam Blank | Proud to be from Pittsburgh

You are here: Home1 / BlanketyBlank | Blog2 / in the news3 / Adam Blank | Proud to be from Pittsburgh

“No one can inspire like Adam. Never judge a book by its cover,” said Jenny Barney, one of his teachers at Peters Township High School.

Blank has albinism, sensitive skin and eyes, is legally blind, with a speech impediment and autism — but look deeper.

“Adam is really well known and everyone loves him now. He is always known for being in a suit and tie, and he likes that,” said his friend Martha Batchelder.

Adam overcame daunting challenges to get to where he is.

“I want to become a public speaker,” he told Channel 11’s Peggy Finnegan. “I am driven to really help people.”

Many of his speeches center on conquering obstacles, like bullying, which he experienced.

“I got teased. I got slapped. I got pushed downstairs. It was pretty bad,” he said.

“What do you tell people about bullying? What’s your message?” Finnegan asked him.

“Basically, my message is I am different. You have to embrace it,” he said.

Adam has given eight major speeches this year and gets standing ovations.

“Ten years ago, if you had asked me where do you think Adam will be in 10 years, I would say I just want to get through another day,” said his mother, Mary Ann Blank.

“Adam wants to be a figurehead for other people, say, ‘Hey, I can do this,’” said his father, Ken Blank.

Helping and inspiring others is why Adam makes us proud to be from Pittsburgh.
Earlier this year Adam was awarded the Uutstanding Young Citizen award by our partner, the Tribune Review.
Adam recently launched his own website to promote his public speaking business. Click here for more information.

Proud Father | How I saw that Day!